This second progress report was prepared in preparation for the UN General Assembly Summit on the Millennium Development Goals that took place in New York in September 2010. Intended for the Swiss public at large, Swiss parliamentarians and members of the press, it uses specific examples to show how Switzerland, working with national and international partners, has contributed to the MDGs and what difference the country’s efforts are making. Contact: Urs Zollinger 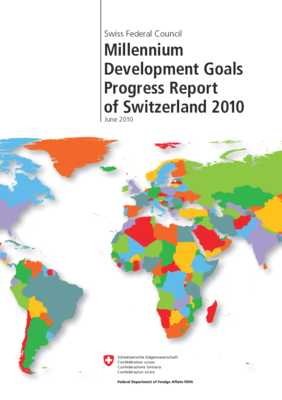